Worship Song: Is He Worthy?

A popular type of song called “call-and-response” is something that can be found throughout the history of music. MasterClass described it as:

In music, call-and-response is a compositional technique that works similarly to a conversation. A “phrase” of music serves as the “call,” and is “answered” by a different phrase of music. These phrases can be either vocal, instrumental, or both.

What is the point of this type of song? It seems that these songs have a strong community-building, affirmation of the topics that they are centered around. In other contexts (such as the military) it promotes teamwork, and gives motivation to persevere as a group. We can see this in the drill sergeant that barks out a phrase followed by the troops’ response.

We also see this in more modern songs like:
As a singing congregation, is this something that we see displayed in the Bible? Scripture is text and there is no auditory history. We don’t know if the songs sung in the Bible had any instrumental “answers” (as the definition describes), but we do know that there were vocal “answers”.
One song in particular is found in Psalm 136. This Psalm helps God’s people to remember and together glorify God for the things that He has done for them and for His character.

This is a longer Psalm, but I think the small quote above allows you to get the gist of it. So why do I bring all of this up?
A song we’ve recently been singing, “Is He Worthy” by Andrew Peterson is a shinning example of how we, as a congregation, can affirm the truth of Scripture in this way. The song has three verses with a “call-and-response” and a chorus and bridge that are a response directly out of God’s Word.

These questions are sung and as a community of believers we respond in agreement with the answer. Then in the choruses everyone comes together to sing directly from Revelation 5:2-5; 9-13:

And they sang a new song: You are worthy to take the scroll and to open its seals, because you were slaughtered, and you purchased people for God by your blood from every tribe and language and people and nation. You made them a kingdom and priests to our God, and they will reign on the earth. Then I looked and heard the voice of many angels around the throne, and also of the living creatures and of the elders. Their number was countless thousands, plus thousands of thousands. They said with a loud voice, Worthy is the Lamb who was slaughtered to receive power and riches and wisdom and strength and honor and glory and blessing! I heard every creature in heaven, on earth, under the earth, on the sea, and everything in them say, Blessing and honor and glory and power be to the one seated on the throne, and to the Lamb, forever and ever!”

To compare, here are lyrics that we sing:

Is anyone worthy? Is anyone whole?
Is anyone able to break the seal and open the scroll?
The Lion of Judah, who conquered the grave
He is David’s root and the Lamb who died to ransom the slave
From every people and tribe
Every nation and tongue
He has made us a kingdom and priests to God to reign with the Son
Is He worthy? Is He worthy?
Of all blessing and honor and glory?
Is He worthy of this?
He is!

There are even older songs that we continue to do (Where the Spirit of the Lord Is & It Is Well) that have this same type of structure. As they fall back in the musical rotation, and as we do other songs like this, I will be calling more attention to this. I hope that this has shown you yet another powerful way for us to remember our God, who He is, and what He has done for us as a body of believers through song.
Author
The person who wrote this article. Find out more information about them below. 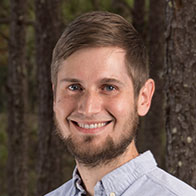