As a brief reminder, part one covered the topic of miracles, and part two began the discussion of the first chapter of Genesis. In that second article, we covered the first of two reasons that someone should not reject the whole Bible on the basis of a struggle with Genesis chapter one.

The first reason given was this: A literal understanding of Genesis 1 is not part of the gospel. In other words, some Christians do not take the first chapter of Genesis to be a literal description of the creation of the world over the course of six days, and yet they still believe the gospel. They are followers of Jesus Christ.

That being established, in this final installment, I’d like to still make the case for why a more literal reading of Genesis 1 might make good sense. So, reason number two for not rejecting Jesus because of Genesis 1 is:

(2) There are good reasons to believe that Genesis 1 is true (in a literal sense.)
There’s a lot that could be said here, but I’m going to try to be brief by just limiting myself to two points:

A. One reason that evolution has been taught so much could be because it is one of the few belief systems that easily allows for people to not have to be accountable to God. I suppose one can be an evolutionist and still believe in God (“theistic evolutionist” is the term for people who believe that God created the world through evolution) but one cannot be an atheist without believing in evolution! Evolution is pretty much necessary for a rejection of theism (belief in a god/deity of some kind.) And if the Bible is correct that mankind is wicked and bent toward rejecting God, it would make sense why this alternative belief would come into existence and then dominate the scientific community.

B. It is possible that God created a world that looks older than it is.  I remember once hearing a pastor say that some people practice antiquing (where they take furniture and “distress” it to make it look older than it really is) and similarly, God could have made a world that appears older than its age.

In fact, if God wanted to make a world that is fully-formed and functional on day one, it seems that He almost had to make a world that appears older and more evolved than it actually is.  This understanding is sometimes called “apparent age.” Let me sketch it out for you:
You get the point. And as I say all of this, I don’t mean to even imply that I am 100% sure of this interpretation. I’m not. Which is OK if I am right about what I said earlier (in part 2 of this series) when I said that the correct interpretation of Genesis 1 is not what saves a person.

So, while I’m not dogmatic about this, I still think there are valid reasons to believe in a more literal interpretation of Genesis 1.  But as already stated, being a follower of Jesus doesn’t depend on that.


CONCLUSION (TO PARTS 1, 2, AND 3)
Science had not disproven Christianity.  If God can raise Jesus from the dead, He can do other, lesser miracles. And in fact, we know that impossible/unexplainable things have already happened. They would have had to happen for the world to even be here. Additionally, a literal interpretation of Genesis 1 need not be an obstacle for someone believing in Christ because, while there are good reasons for taking that chapter literally, a person doesn’t absolutely have to do that in order to follow Jesus.
Author
The person who wrote this article. Find out more information about them below. 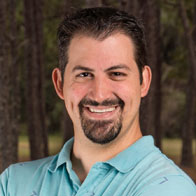